Rotax MAX: Hold onto your hat!

It’s all karting eyes on Benoni, as the 2022 South African National Rotax Max Challenge heads to the state of the art Formula K raceway for its second round on Saturday 25 June. If the cracking racing at the Killarney, Cape Town season opener was anything to go by, it’s certainly a case of holding onto your hats! Several drivers have already laid claim to this year’s titles, and to those hallowed tickets to the ‘Olympics of Karting’ Rotax Max Grand Finals in Portugal in November, but others are out to stop them.

Local Cape star Sebastian Boyd may have taken overall honours in an epic Killarney DD2 gearbox class weekend, but compatriot Joseph Oelz will be fighting back following a technical glitch at the season opener. They and another quick Cape kid, Kyle Visser are however heading to their Gauteng rivals’ hallowed home ground, where Jozi lot, brothers Jamie and Brandon Smith, Kian Grottis, Divan Braak, Rafe Tayler and Nico Spanoyannis, among others, will be out to get one back. 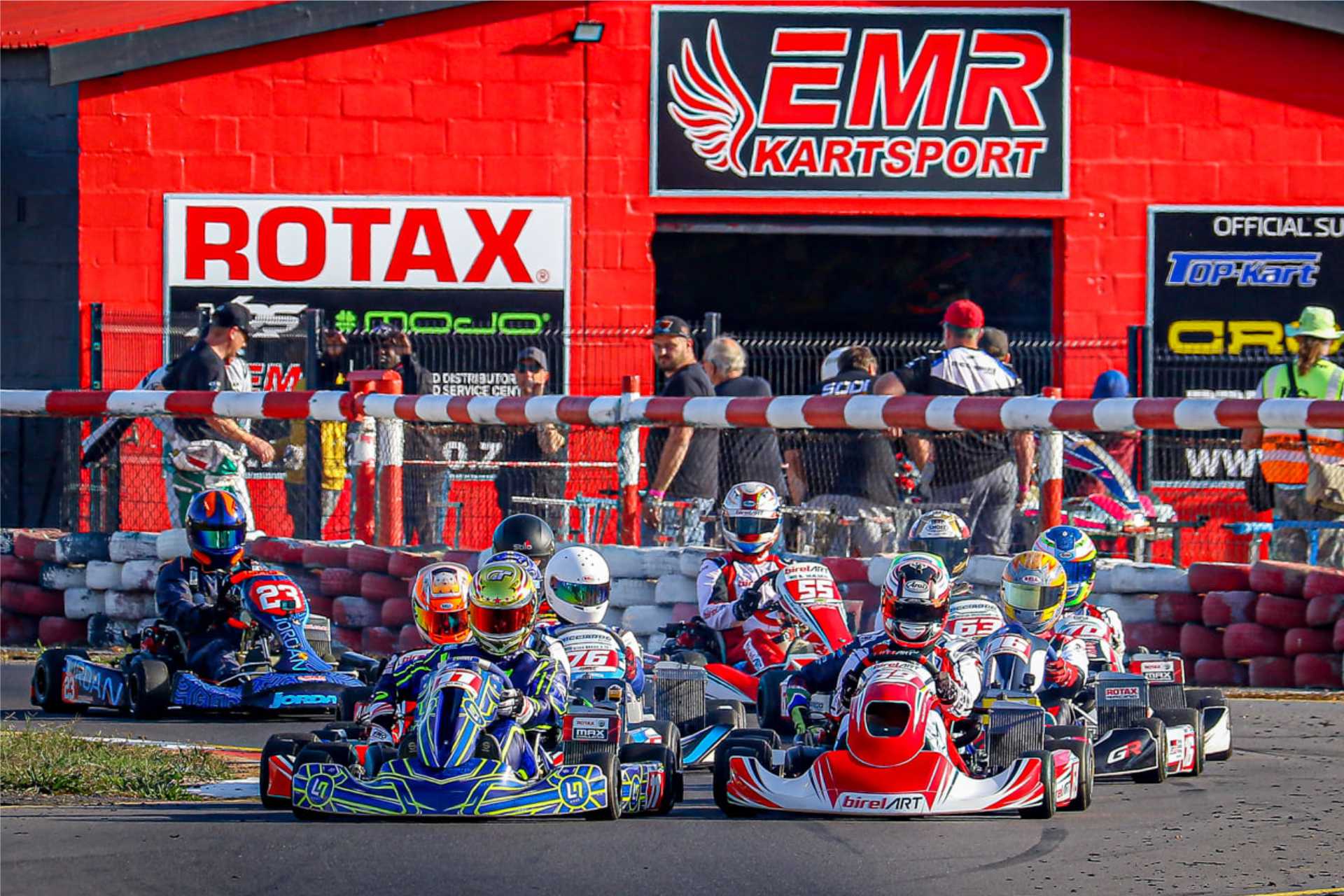 DD2 will put on the fastest show at Formula K. – Motorsport Fanatix™️

Upcountry senior karters, Eugene Brittz and Nicholas Verheul shared out the wins to top the DD2 Masters podium in the Cape and they and Marco Viegas should all prove formidable on home ground. Never take KZN lad Jonathan Pieterse and compatriot Alistair Mingay, or Cape men Conor Hughes, Jared Jordan and Andrew Thomas for granted among this lot however — all of them have points to prove.

Jozi lad KC Ensor-Smith is another driver who arrives as a firm favourite in under-15 high school Junior Max following a formidable performance down in the Cape. Other home heroes to keep an eye on there include Nicolas Vostanis and Dhivyen Naidoo, Wian Boshoff and Jayden Goosen. Don’t ignore the Cape contingent, which will surely be out for revenge up in Gauteng. If Reese Koorzen’s recent regional pace is anything to go by, he will certainly be a factor. As will Reza Levy and Joshua Smit. 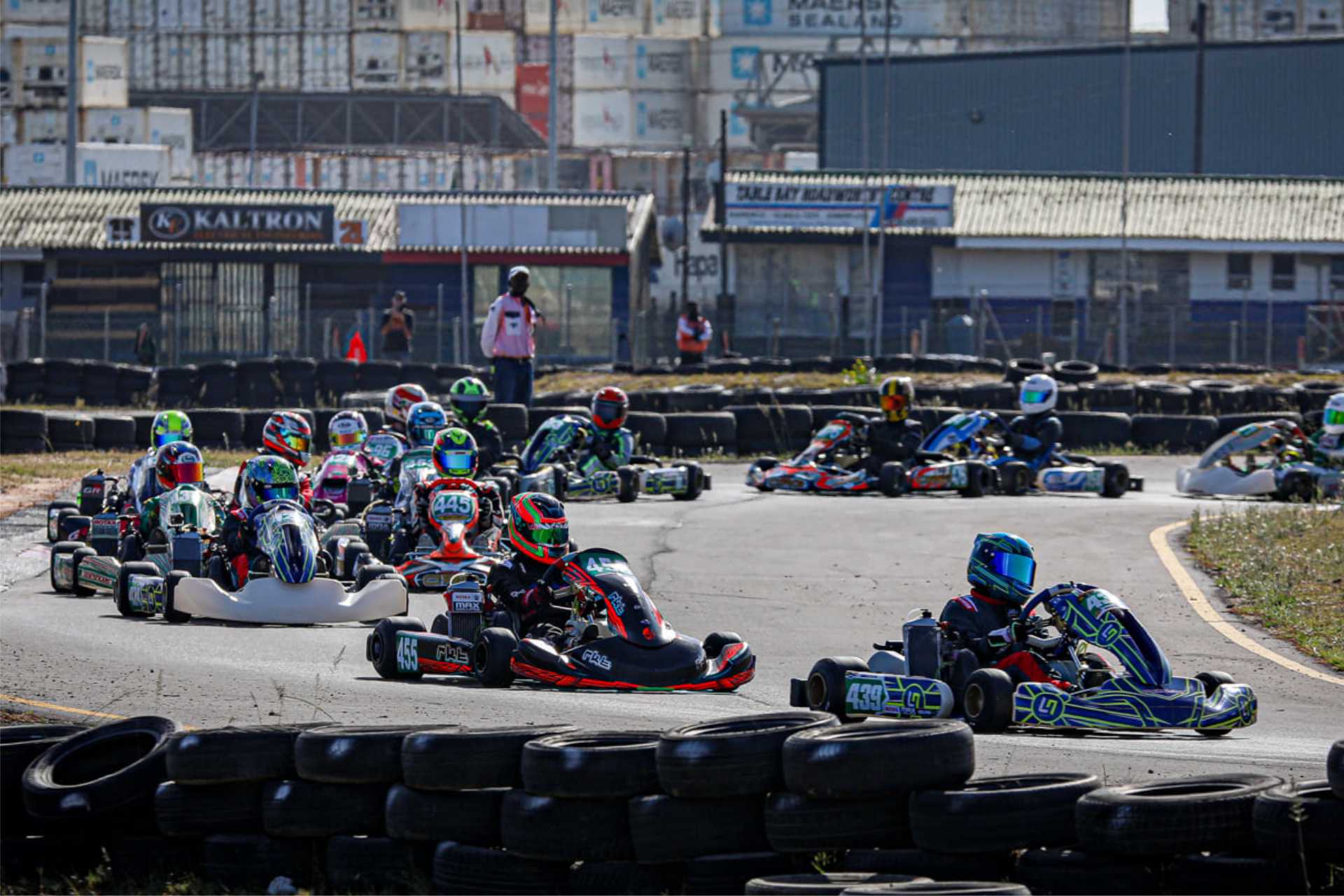 Taking a look at the primary school classes, it was all about the local Beaumont brothers who used their home advantage to great effect to dominate in Cape Town. But that’s no guarantee of upcountry success. Older Beaumont brother Keagan can expect the likes of under 13 Mini Max rivals Kent Zwarts, Matthew Chiwara, Kegan Martin and Amani Kinyua to be on top form on home ground. But then all of them must first beat East London kid Caleb Odendaal, KZN lad Travis Mingay and Jordon Wadeley from the Cape. 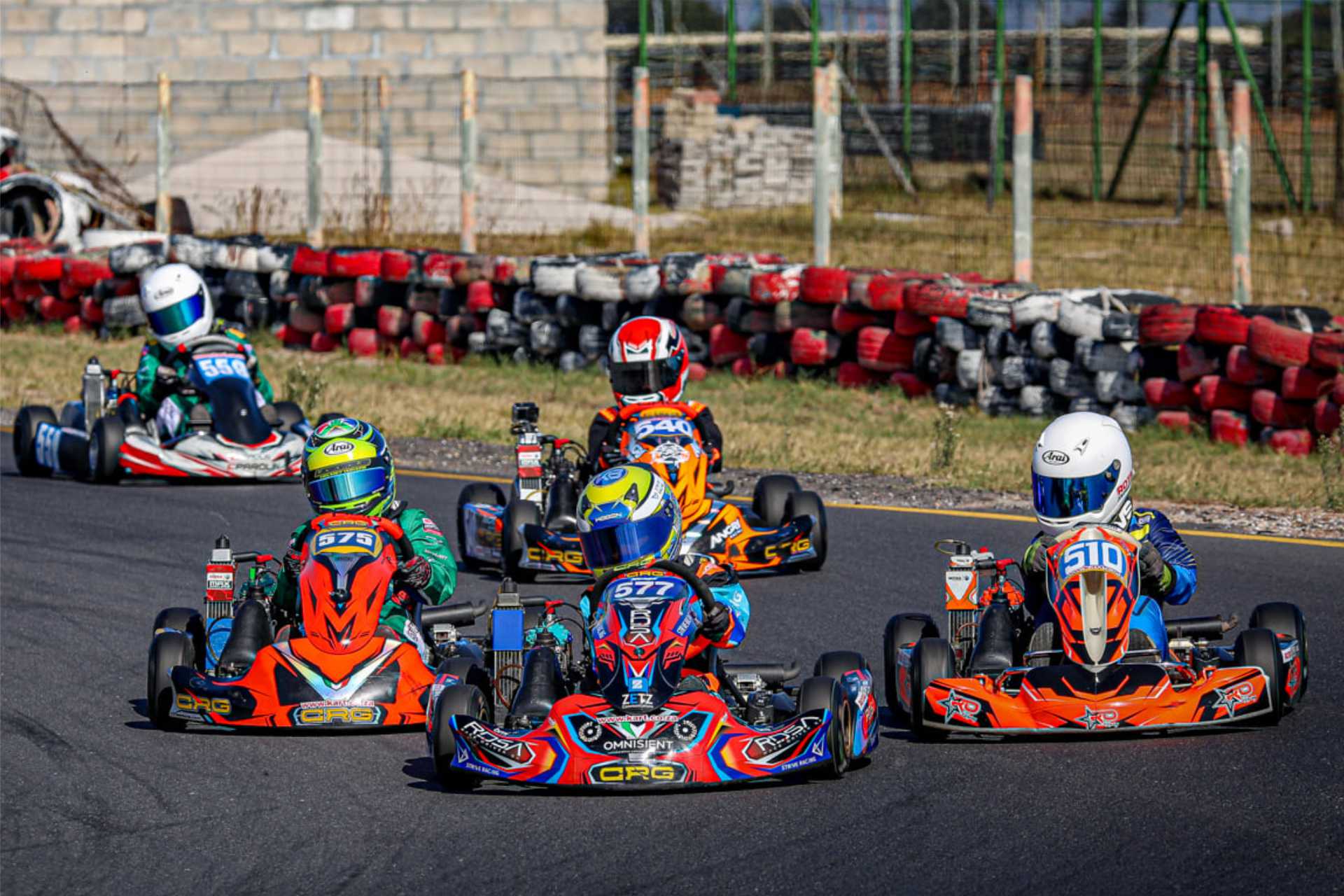 Mini Max is as tight as ever in 2022. – Motorsport Fanatix™️

Kid brother Aiden Beaumont will likewise have far more to think about in under-11 Micro Max up in Benoni. He has some super-quick Jozi drivers the likes of Rafael Da Silva, Tayln Patel and Johan Nolte, ever improving Gazoo Academy karting lass Emma Dowling and Cristian Verheul to take care of at FK if he is to keep his advantage. Let alone Johan Nolte, Michael Danks and Matthew Roach, none of whom can be kept out of the equation.

Noah Cronje is another upcountry kid who promises to be hard to beat in the baby Bambinos up in Benoni. He led every lap and set a new Killarney lap record on tour, so Cronje’s home advantage may just prove formidable. But never discount Brodi Dowling, Liam Wharton or Renaldo Koen, or for that matter Michael O’Mahoney, Zac Boshoff, Zach Mcauley or Adriaan Steyn in the kindergarten of national racing. Roll on Benoni’s South African National Rotax Max National!