It may have been delayed, but the start of the Rotax 2022 South African Kart Championships certainly was worth the wait as the season commenced in truly spectacular style in Cape Town on Saturday. Cracking racing was the order of a dramatic day, as several drivers laid down markers in their quest to become this year’s South African Champions. And to represent the country at the ‘Olympics of Karting’ world championship Rotax Max Grand Finals at Portimao in Portugal in November. 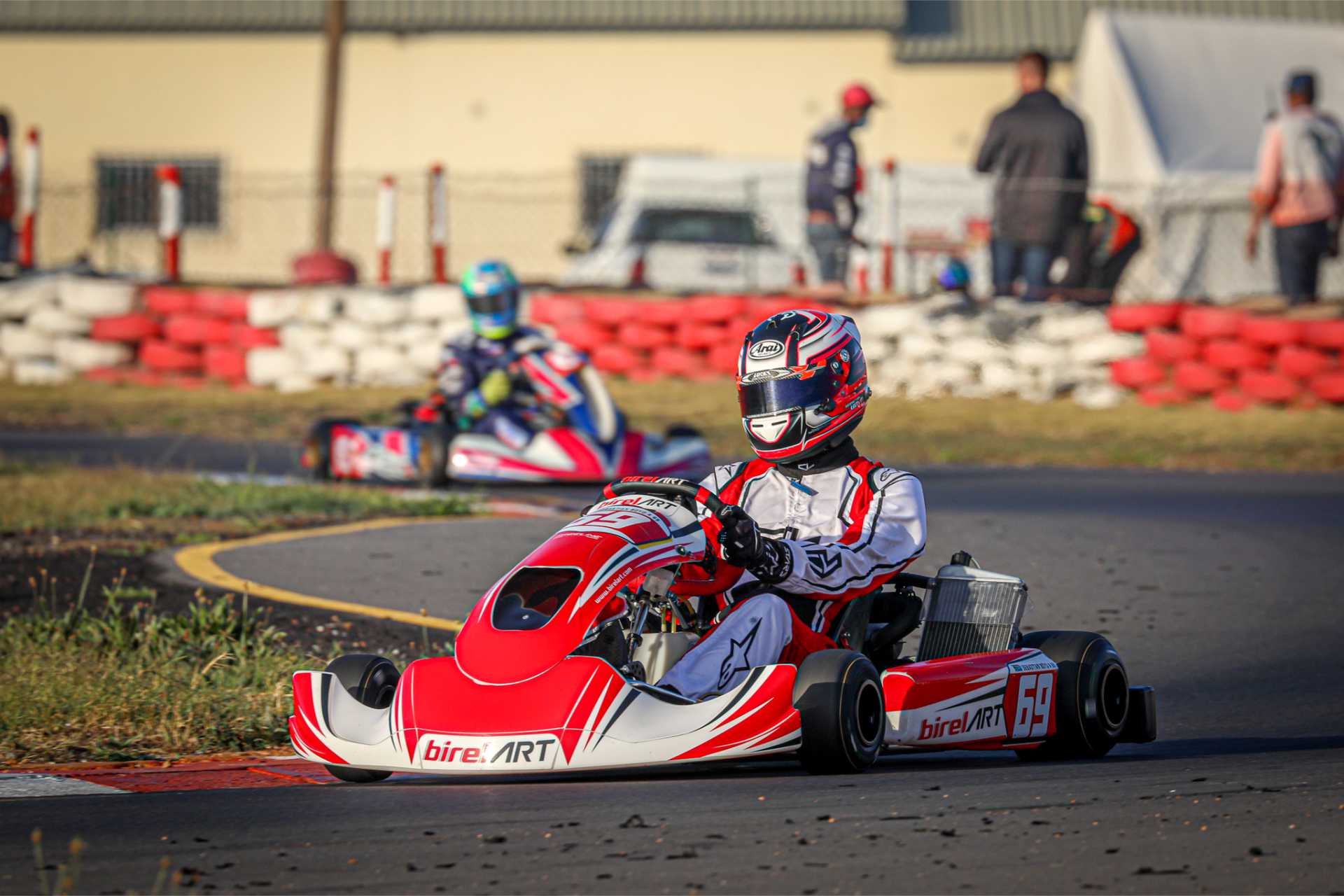 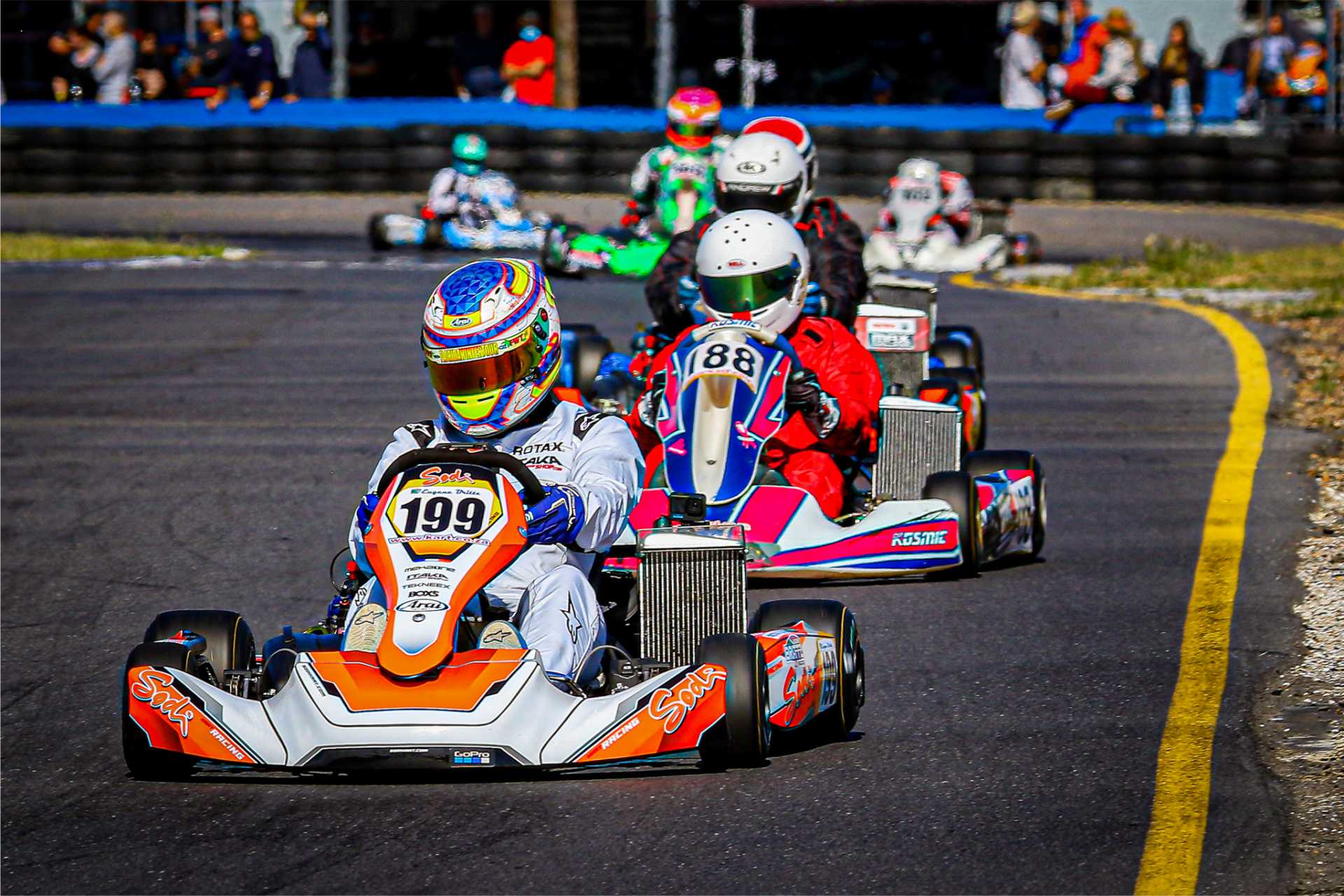 Senior Max is a who’s who of SA racing. Polo Cup racer Charl Visser sped to an easy race 1 win and came from third to take race 2. He however took a 10 second penalty from second in the final to hand Polo Cup rival, Tate Bishop the win and the day. Visser made it a Cape 1-2 from Moosa Kajee, the impressive Matthew Wadeley and GTC driver Andrew Rackstraw, who rose from last to fourth in a high class field in race 1, Troy Snyman, a solid Ethan Stier and Karabo Malemela. 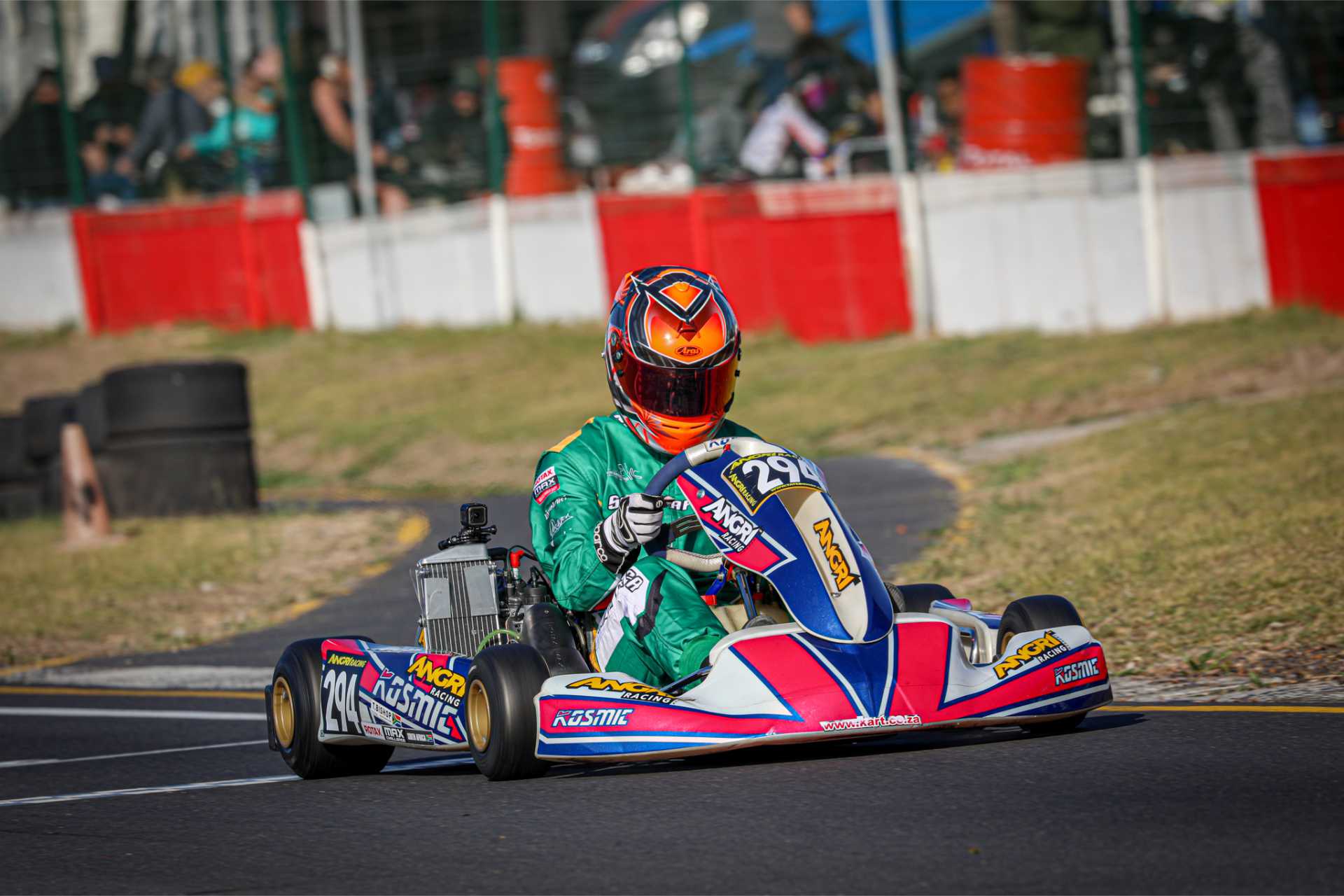 Jozi lad KC Ensor-Smith topped a six-way fight to win under-15 Junior Max race 1. He then went from 8th to win race 2 before storming to the final win and take the day from consistent duo, Nicolas Vostanis and Dhivyen Naidoo. Local lad Reese Koorzen impressed with two close seconds, but took a 10 place race 2 penalty to end up fourth from Wian Boshoff, Jayden Goosen, Reza Levy and Joshua Smit. Those results were jumbled by many a nose cone penalty incurred in the fraught action. 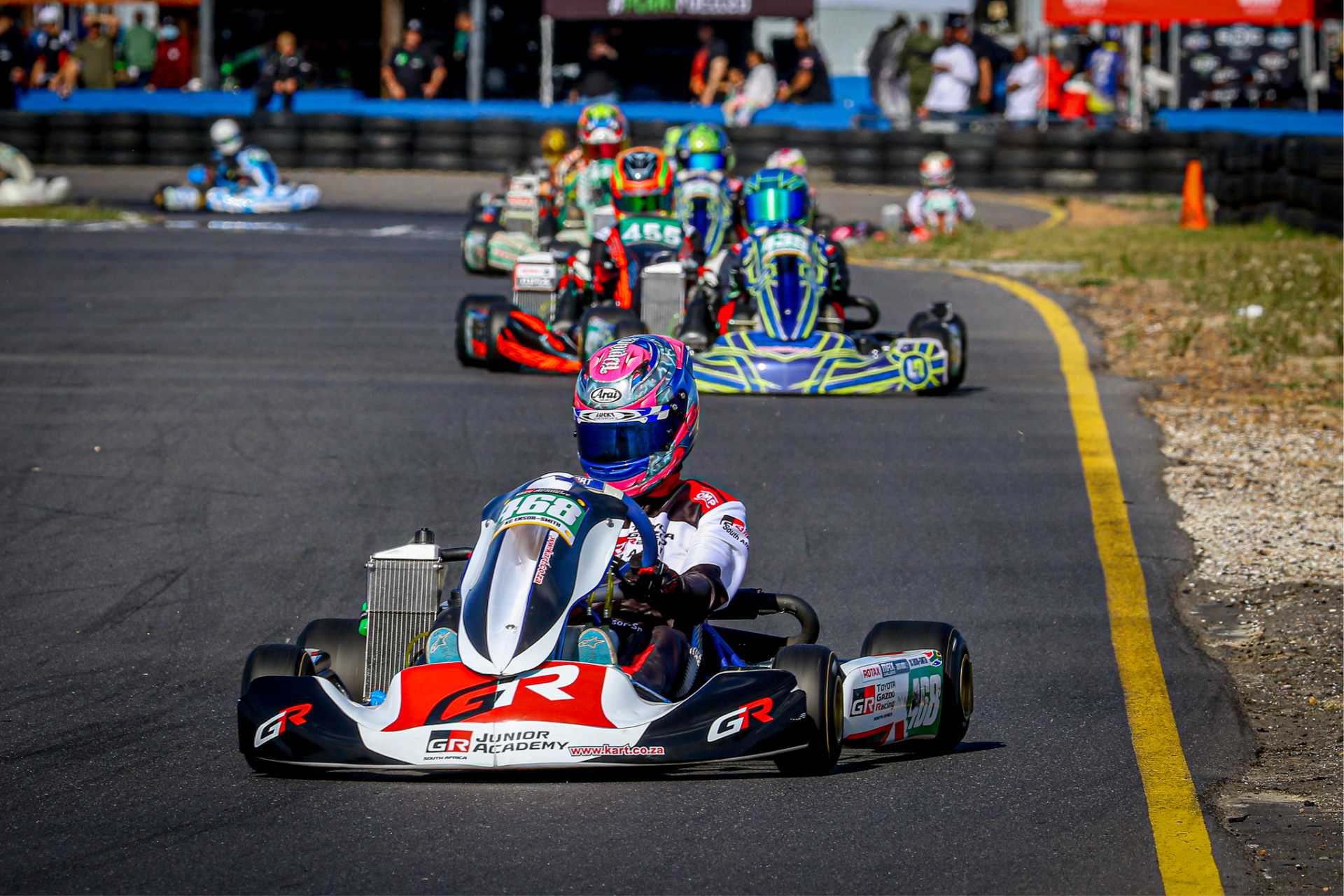 Ensor-Smith laid down the challenge in Junior MAX. – Motorsport Fanatix™️ 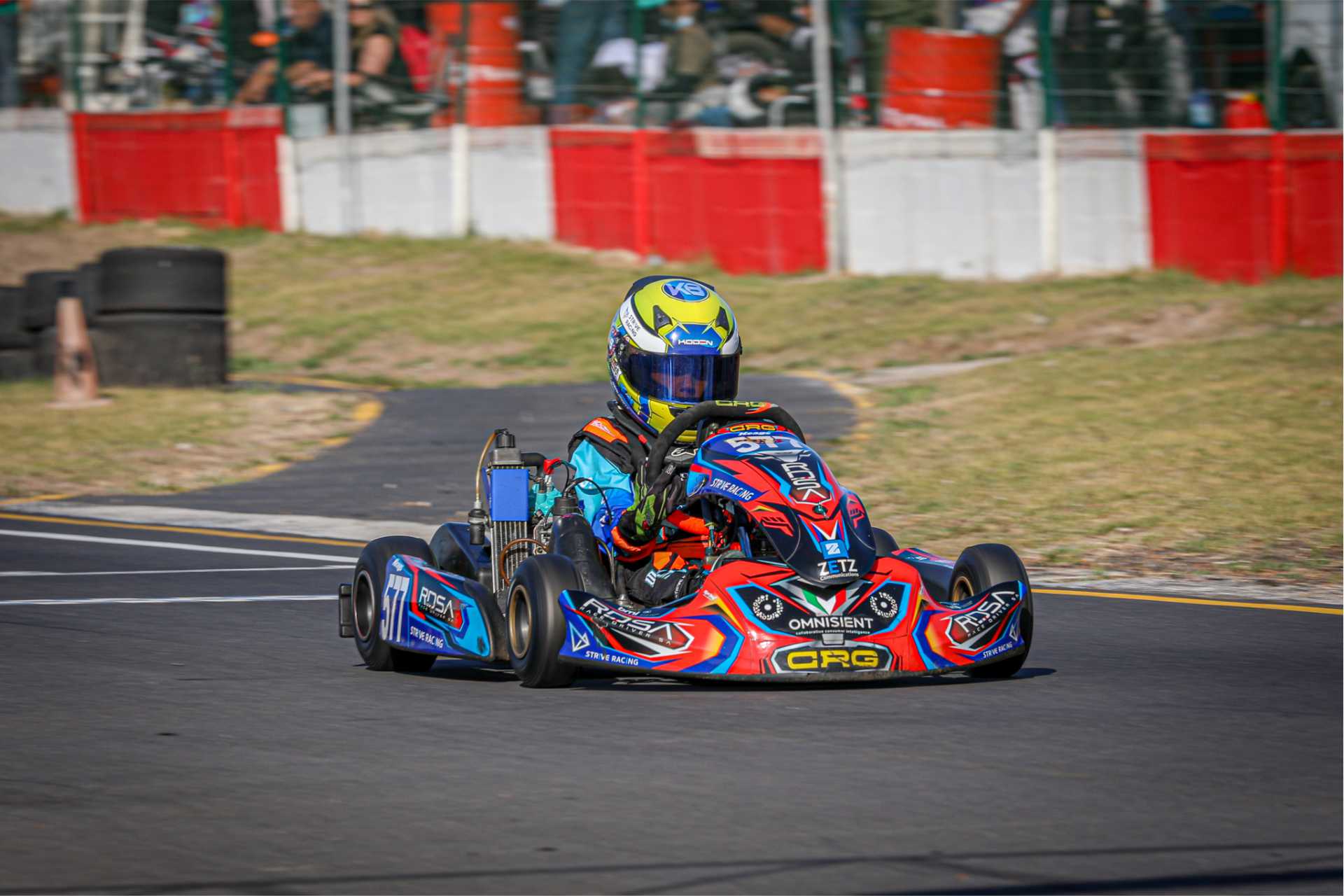 Keagan Beaumont was on fire in Mini MAX. – Motorsport Fanatix™️

Kid brother Aiden Beaumont won under-11 Micro Max. Beaumont took the race 1 flag first but suffered a 10 second penalty to end up fifth. He then struck back to take the second and third wins, and the day from Rafael Da Silva, race 1 winner Tayln Patel, Michael Danks, Johan Nolte, Emma Dowling, Cristian Verheul and Matthew Roach. That fraught field closed up through the day as visiting drivers came to grips with the Killarney track. 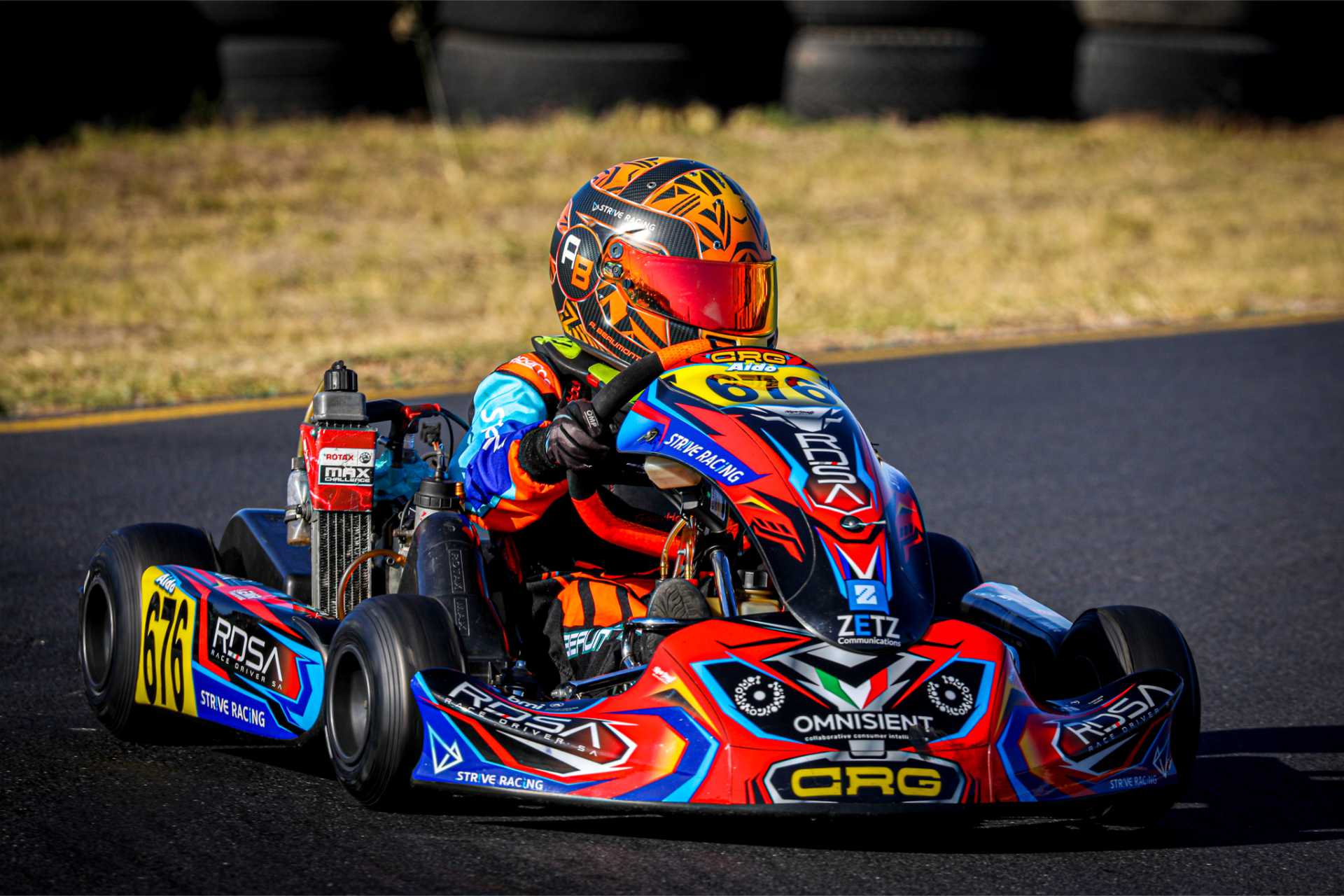 Pretoria kid Noah Cronje’s racing pedigree shone through as he took pole and set a new 56.8 second track record and led every lap to win the baby Bambinos. Half a second covered Cronje, Brodi Dowling, Liam Wharton and Renaldo Koen in race 1. Cronje escaped the bunch in races 2 and 3 to leave Wharton best of the rest in a fraught spat from Ronaldo Koen, Michael O’Mahoney, Zac Boshoff, Zach Mcauley and Dowling. 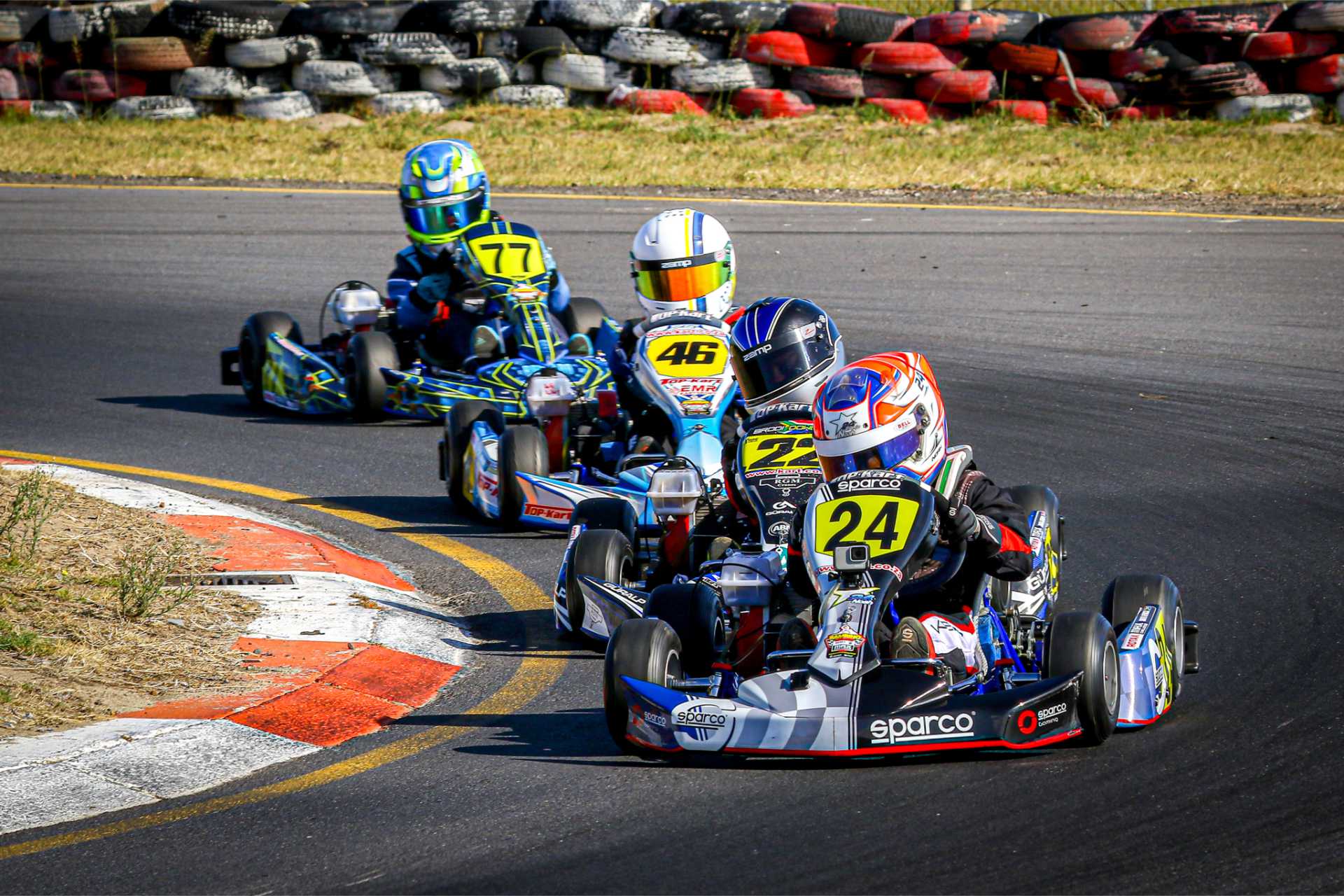 All in all, the 2022 South African Kart Championships season opener proved a truly spectacular day of karting with record grids and great racing to satisfy unexpectedly strong spectator interest in a most entertaining and hugely successful day of racing.

Round 2 of the 2022 South African Kart Championships is at Formula K in Benoni, Gauteng 26 June. Before then, however, Max karters will be kept on their toes with a couple of rounds of each of the respective Gauteng, Western Cape and KwaZulu Natal Regional Championships.