Domination the Karting Order of the Day

Domination was the order of the day across the board, as Regional Rotax Kart Championships rounds rocked at both Killarney in Cape Town and Formula K in Benoni, Gauteng on Saturday. Locals dominated on packed grids north and south, all of which augurs very well for the opening national at Killarney at the end of April.

Starting with premier DD2, Joseph Oelz benefited Sebastian Boyd’s demise out of the lead in heat 1 at Killarney to take the heat and the day in the star-studded Cape Championship second round. Boyd went on to take the second and third races, but that was not enough to topple Formula 1600 duo Jason Coetzee and Storm Lanfear from second and third as Boyd ended fourth for the day ahead of Polo Cup championship leader Jurie Swart and Kyle Visser. Conor Hughes trotted to the DD2 Masers triple from Marco Viegas and Jared Jordan.

Moving up to Benoni, it was all about the Smith siblings in DD2. Jamie and Brandon cantered to a triple 1-2 on a splendid 18-kart DD2 grid. Nicolas Spanoyannis and Niko Zafiris were best of the rest from Hamza Jassat and Divan Braak. Sixth overall, Eugene Brittz continued the dominant trend in Masters, but Bjorn Roos kept him honest ahead of Tinahe Ncube and Carlo Gil. The DD2 Veterans ran alone, where Frikkie Cornelius took the final to beat first and second race winner Philippe Chapat to overall honours from Derrick Joseph and Robert Fulton. 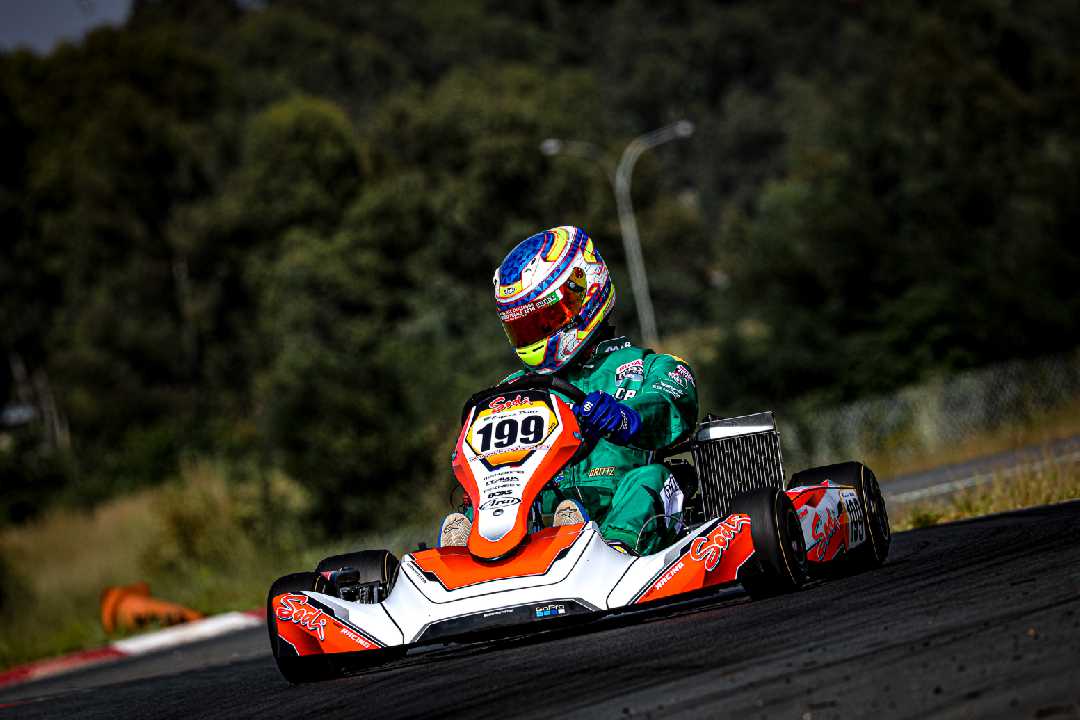 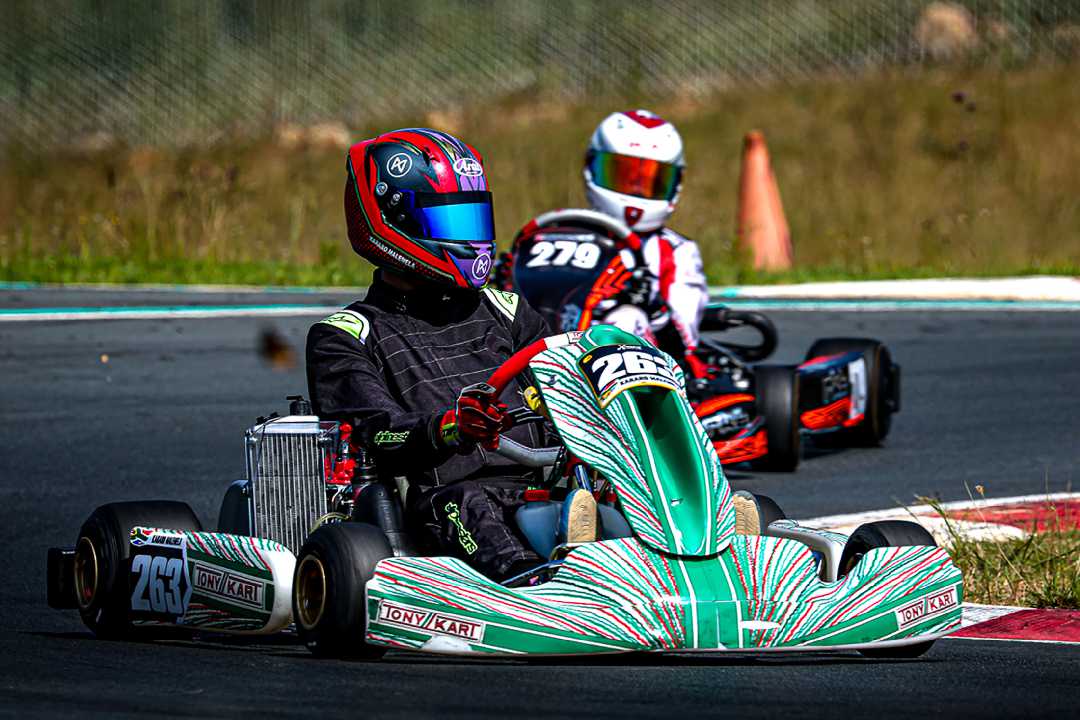 It was a little different in the primary school classes as a delighted Jordon Wadeley stormed to a maiden under-13 Mini Max triple at Killarney, ahead of Sabelo Ntuli, Keagan Beaumont, Dale Hobbs, Liam Koekemoer and Matthew Chiwara. And Caleb Odendaal was denied a triple win when he hit trouble early in the second Gauteng Formula K Mini Max race. That was not enough to prevent him from taking the day after tying with Amani Kinyua, ahead of Spice Mailula, Georgia Lenaerts, Aadam Kajee and Kegan Martin. 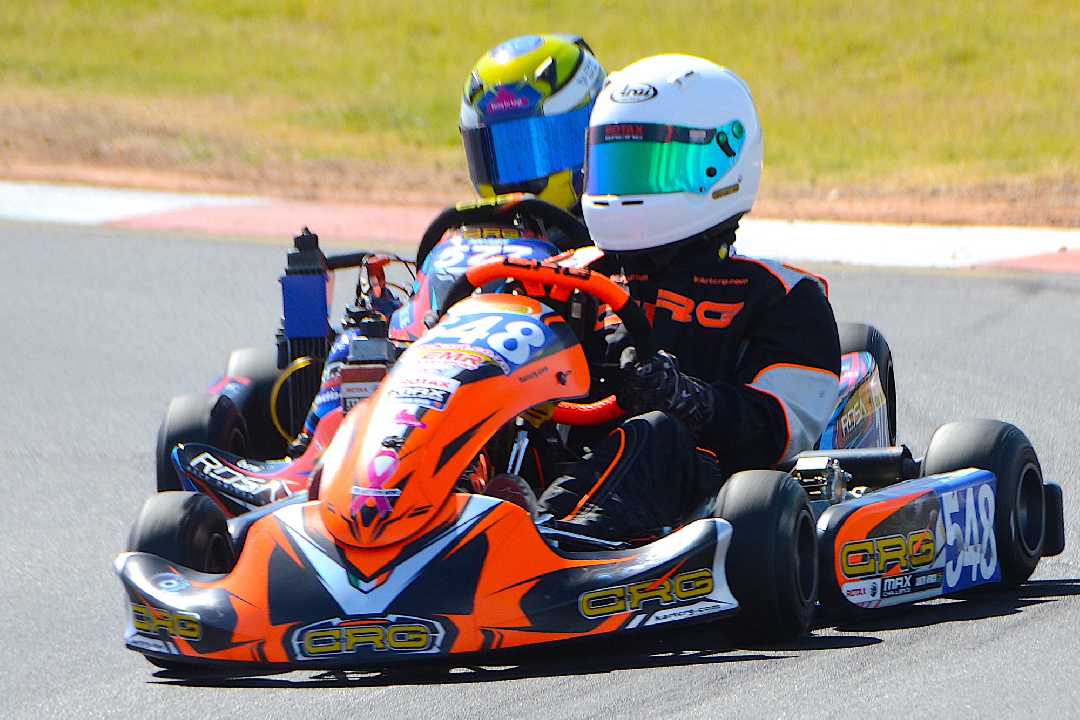 The Cape’s Jordon Wadeley topped the results sheets in every session.

It was back to double domination in under-11 Micro Max, where Taylin Patel did the Formula K triple over Emma Dowling, Rafael Da Silva, Matthew Shuttleworth, Santiago Frade and Logan Billau. And Aiden Beaumont had to work hard to win all three under 11 races at Killarney. He led Michael Danks, Liam Wharton and Matthew Roach home each time, as John Norman and Zack McAuley fought over fifth.

Liam Wharton did the baby Bambino triple at Killarney as Carter Cedras, Michael O’Mahoney, Zac Boshoff, Caleb Lingeveldt and Jayden van der Merwe fought over the scraps. But Brodi Dowling’s winning run in Benoni was interrupted by Noah Cronje winning race 2. Dowling beat Diego Antunes, Cronje, Ronaldo Koen, Bophelo Molatlhegi and Jenson Dias on a day that saw a number of new names featuring both in Gauteng and the Cape. Not just in the grassroots Bambinos, but across the board too. 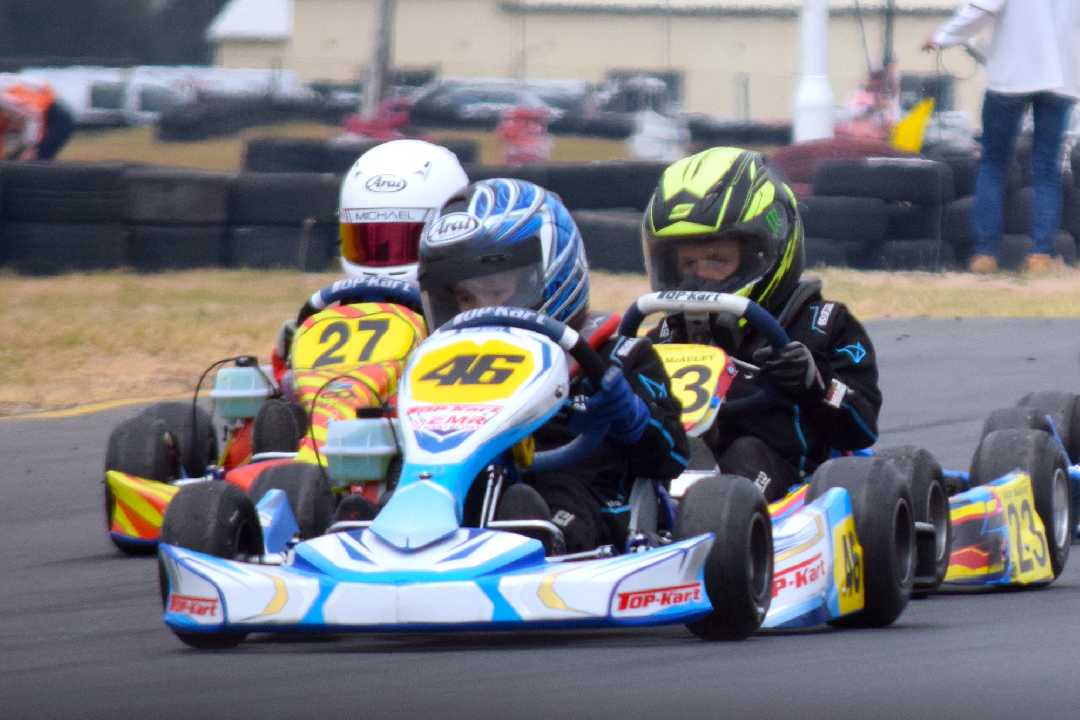 All Rotax Max eyes are now on that first National at Killarney 29-30 April. And judging by both the Gauteng and Cape action this past weekend, and the KZN locals a week ago, that action can be expected to be explosive.

See you all in Cape Town soon.