Great grids, close racing and a smattering of drama both on and off the track were all part of the deal as the fifth round Rotax Gauteng Kart Championships went down at Formula K in Benoni on Saturday. Something of a ‘pre national’ as some out of town drivers joined the grid, the locals did well, while one young lady went home smiling after bating all the boys too.

Jamie Smith defended home honours in the 15 kart strong, premier gearbox class when he held Cape visitor Sebastian Boyd off for the win for the day. The two of them and the ever improving Kian Grottis shared out the race wins, but Grottis took a final race underweight exclusion to slip down the overall order. Which left Divan Braak third from Masters driver Eugene Brittz, Brandon Smith and Nicolas Spanoyannis.

Brittz spent much of the day battling with the DD2’s and was in supreme form. He took a well earned Masters win ahead of Nicholas Verheul and comeback karter Heath Bent.

In DD2 Vets, Philipe Chapat was untouchable as he cruised to three wins on the day and overall honours. Frikkie Cornelius was up next and Jonathan Kairuz completed the podium. 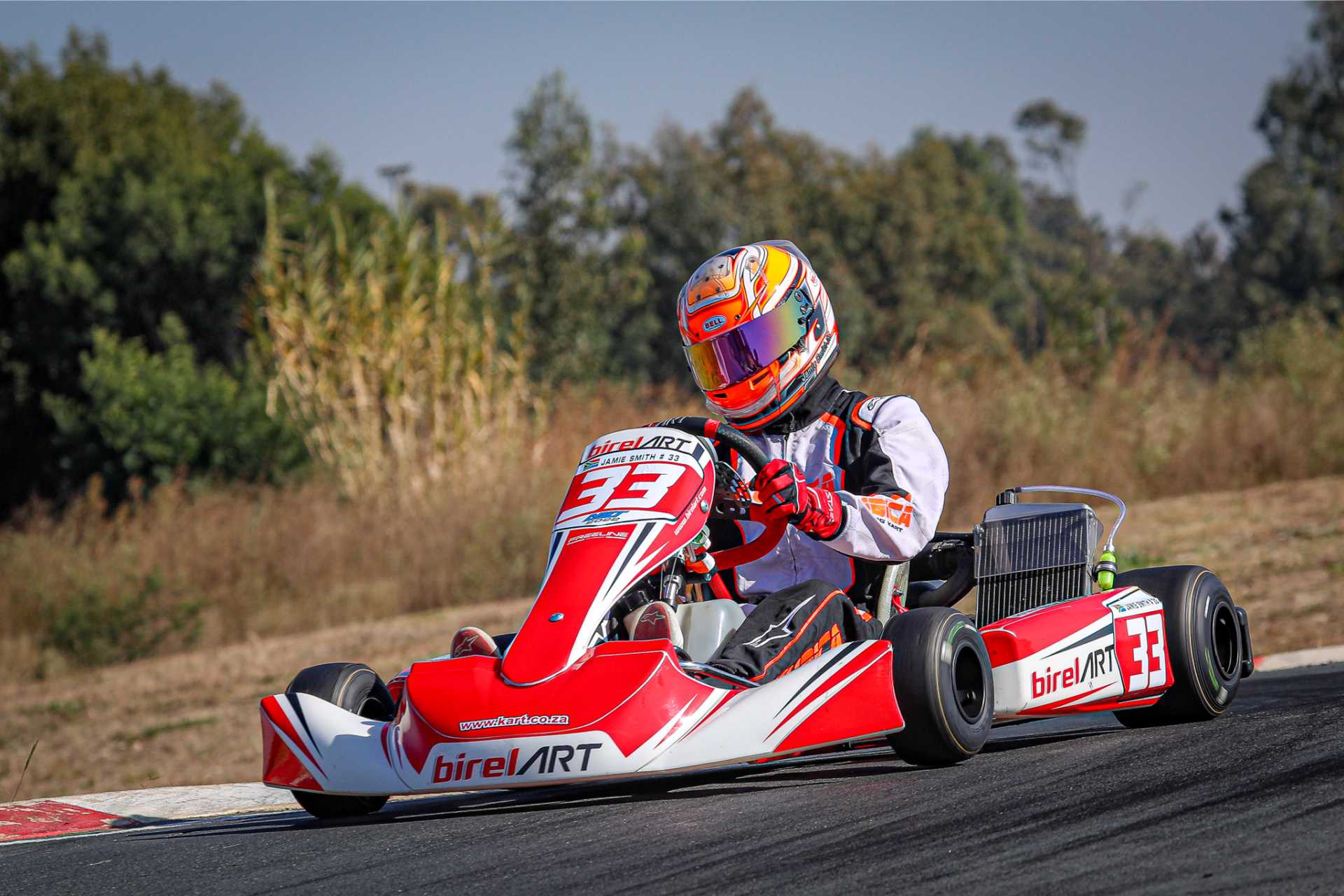 None of the three Senior Max winners won the day. That honour fell to consistent Roshaan Goodman, who pipped first and last race winners Karabo Malemela and Olerato Sekudu, Moosa Kajee, Kian Spies and Tristan Losch. Muhammad Wally, having won the final race was excluded, hampering his overall position for the day. A delighted Wian Boshoff beat double winner KC Ensor Smith to high school Junior Max honours onboard his new BirelART after Ensor Smith suffered a poor result in Race 2. Meanwhile, Muhammad Wally’s first race second was enough to pip Jayden Goosen to the final step of the podium after both drivers finished level on points for the day.  Erich Heystek and Nicolaos Vostanis both had challenging outings as they rounded off the top 6 overall.

In a 14 kart, Primary school Mini Max thriller, Aadam Kajee beat Kegan Martin two to one to take the day ahead of Caleb Odendaal, Kent Swartz, Amani Kinyua and Durelle Goodman. All six drivers had their fair share of ups and downs throughout the day in an action packed, tightly contested affair.

GR Academy lass Emma Dowling’s first race win, backed up by a third and a second secured her an epic overall win ahead of Rafael Da Silva and Tayln Patel. There wasn’t much to separate the 11 Micro Max drivers in terms of lap time on race day and any one of them was in with a shout. Cape lightie Aiden Beaumont was up next in fourth and will consider himself unlucky after claiming pole position in the morning as Logan Billau and Johan Nolte rounded out the top 6. 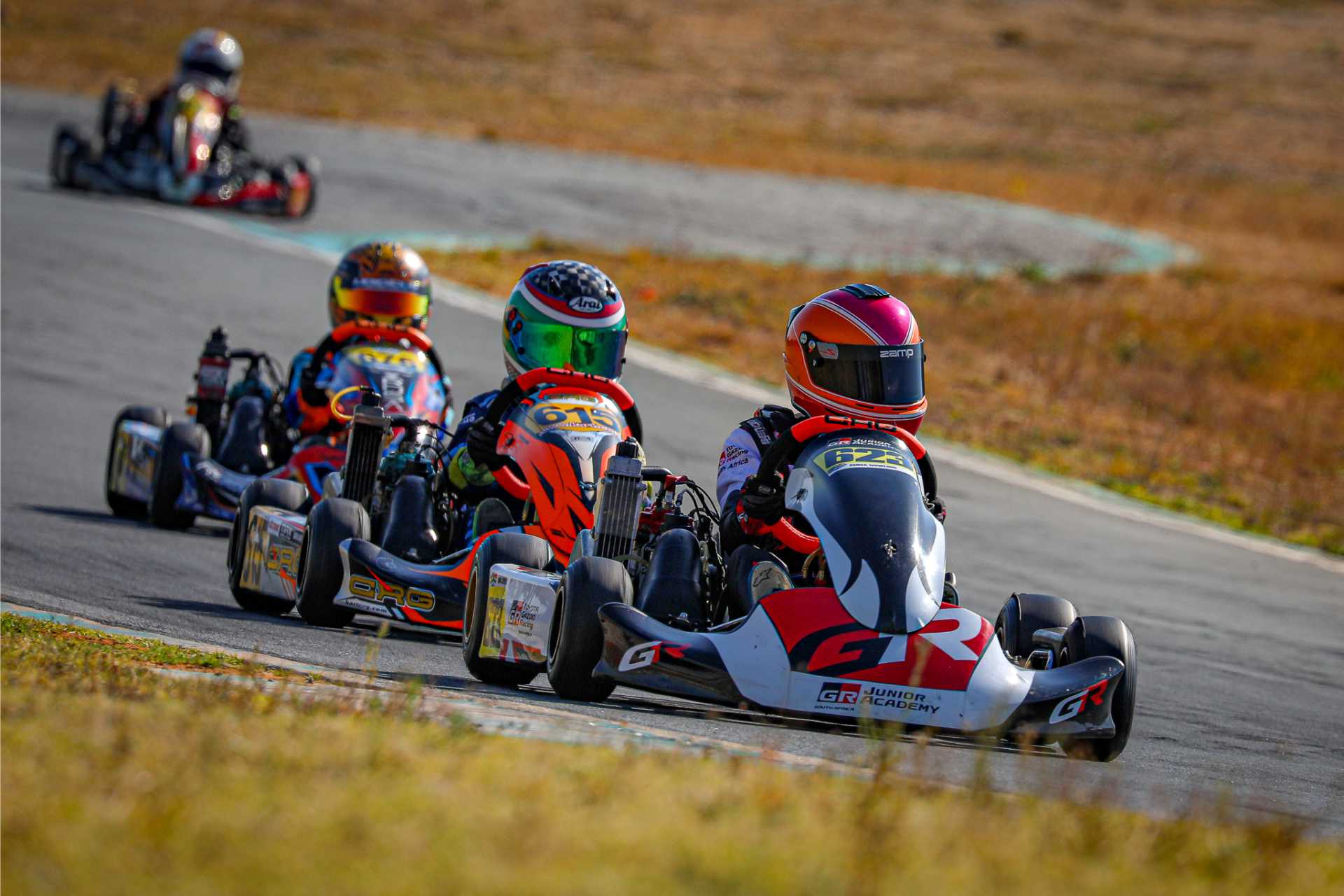 Noah Cronje has been in fine form this year and that role continued as he blitzed baby Bambino in races 2 and 3 after a tight duel with Brodi Dowling and Ronaldo Koen in the first race. His three wins took the day with Dowling and Koen rounding out the podium respectively. Solid performances from Bophelo Molatlhegi, Diego Antunes and Luhan de Wet saw them secure a top six finish. 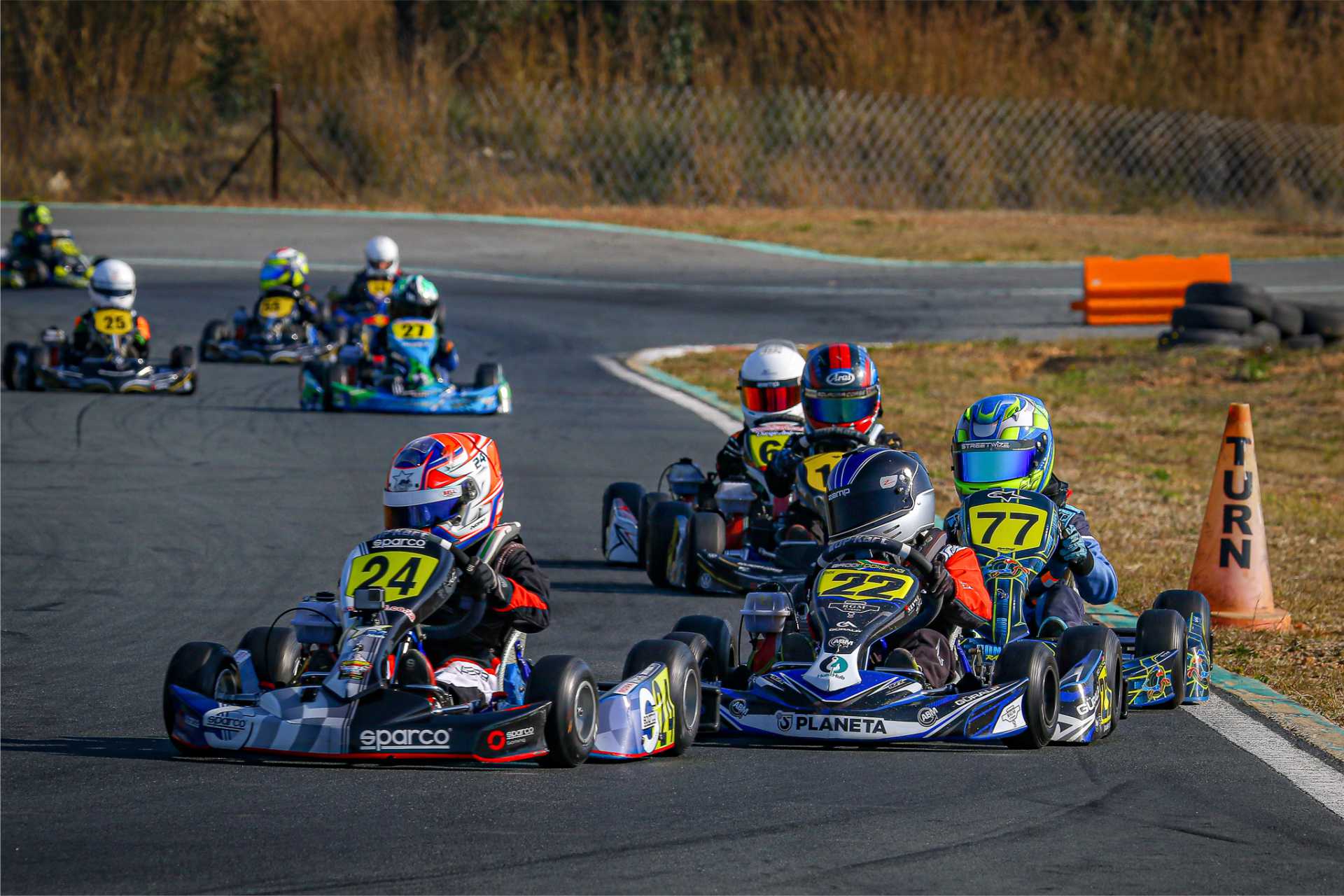