Rotax Max delivered yet another brilliant WOMZA sanctioned Gauteng Regional Kart Championships meeting as packed grids delivered multiple winners across the board at a slick Zwartkops International Kart Raceway on Saturday. Late afternoon rain ensured that a few classes had to navigate a wet surface for their final heats of the day.

It never took multiple SA World Rotax Max Champion Cristiano Morgado long to fight his way to the front. He showed his class to take the final premier class DD2 win in wet conditions to end up second for the day behind young gun winner overall, and of the first two heats, Jamie Smith. DD2 Masters winner, another SA Karting legend Nicholas Verheul tied with Morgado on points to be classified third for the day from Hamza Jassat, Wayland Wyman, Nicolas Spanoyannis and second Masters man Eugene Brittz. Yet again, in a highly competitive, packed field.

Philippe Chapat was the only man to take a triple win on the day as he beat Frikkie Cornelius, Johan Kruger and Rob Nicholson to DD2 Vets victory. 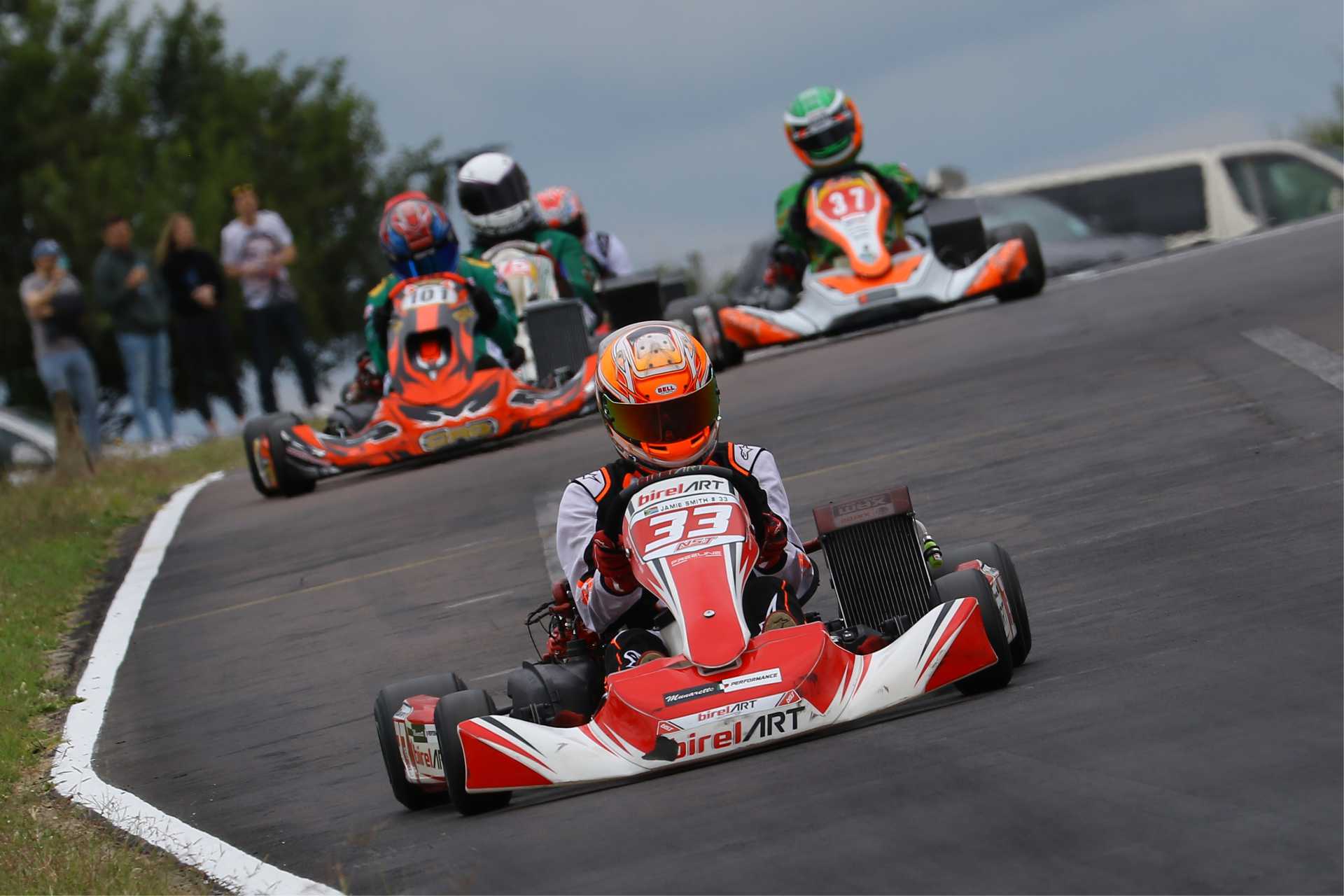 Jamie Smith set the pace in the dry – Motorsport Fanatix™

The competition in Senior Max was fierce, resulting in a different winner in each of the races. Overall victor Karabo Malemela stayed out of strife, as pacesetter Olerato Sekudu could only add two back of the field classifications to his race 2 win, seeing him place 7th overall. Moosa Kajee converted his qualifying pole into a narrow race 1 win ahead of Malemela, which helped him to P2 overall and Roshaan Goodman saw himself to a well-deserved podium third spot with two fourths and a final heat second.

Nicolaas Vostanis took a superb race 1 win having outqualified eventual overall victor KC Ensor-Smith by a mere 9 thousandths of a second. Ensor-Smith then put the hammer down in a dry race 2 and wet final race as he took two commanding wins. Jayden Goosen did enough to secure the final step of the podium ahead of Saáad Variawa, Erich Heystek and impressive rookie, Mohammed Moerat. 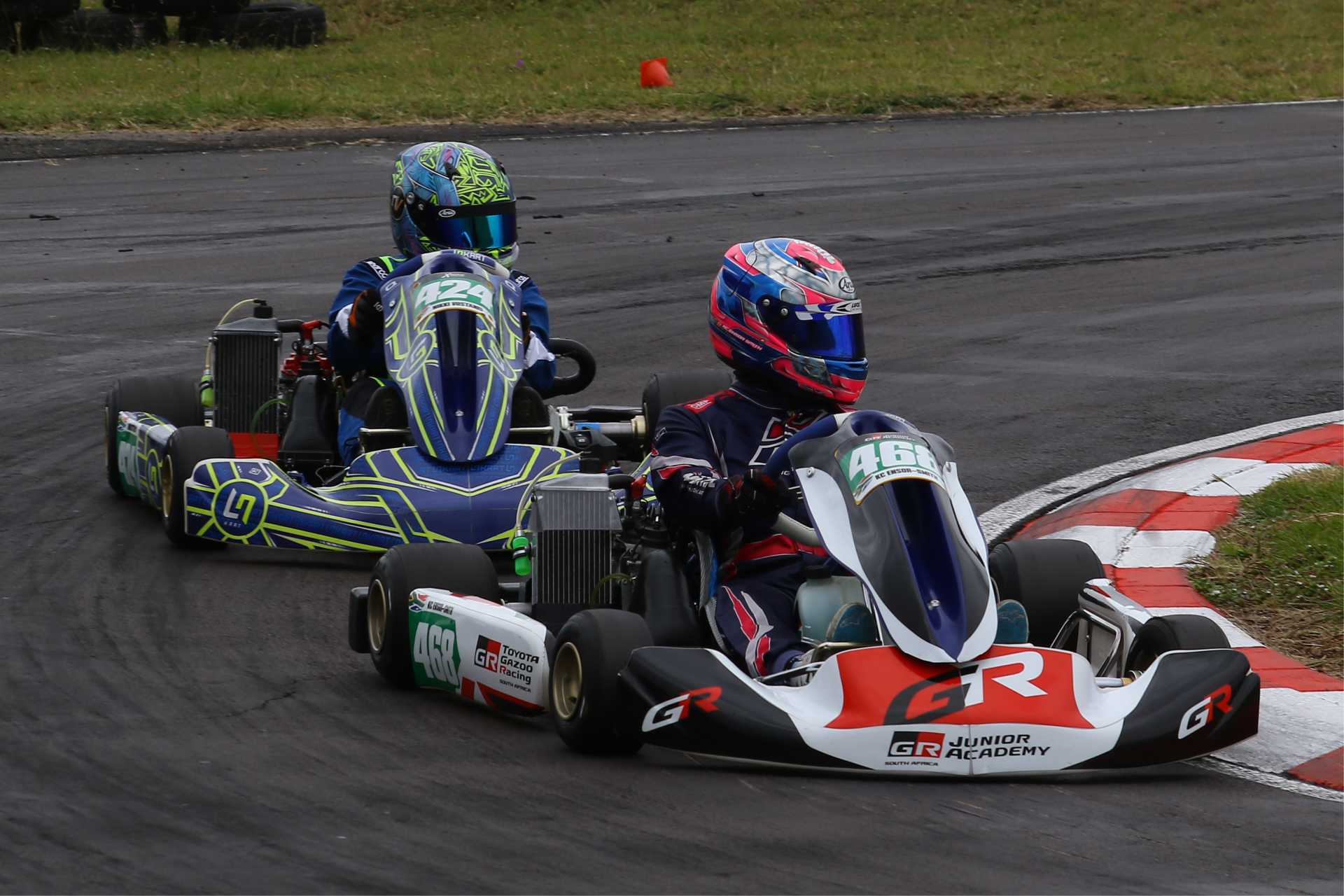 Caleb Odendaal took a pair of under-13 Mini Max wins to take the day from Kent Swartz as Reagile Spice Mailula showed incredible skill to take his maiden Mini Max win in a wet third and final heat on his way to P3 overall ahead of Kegan Martin, Aadam Kajee and Sebastian Dias.

Rafael Da Silva lead a 5 kart, Micro machine train across the finish line in race 1, all covered by only 1 second, before he added a second win to his tally in a wet final heat. Emma Dowling was superb as she claimed race 2 honors, but could only manage P6 overall.  Consistent drives throughout the day by Johan Nolte, Rafael De Souza, Matthew Shuttleworth and Cristian Verheul saw them take P2 – P5 respectively. 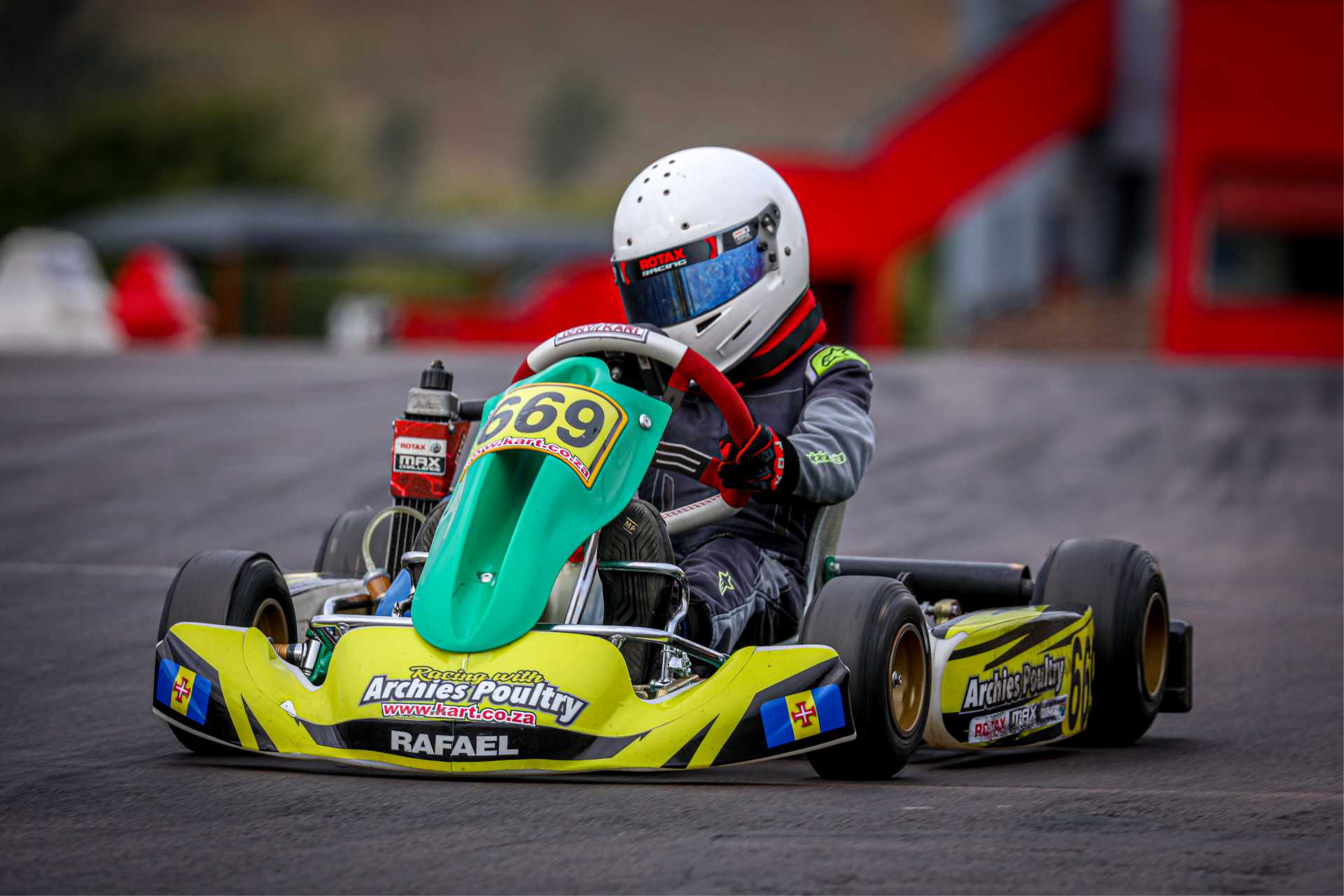 A packed 13 kart Bambino grid did engaged in an intense racing affair throughtout and it was Noah Cronje who emerged victorious taking two wins from three races. Brodi Dowling took the spoils in race 2, but was beaten to second overall by a speedy Diego Antunes as Jenson Dias, Ronaldo Koen and Bophelo Molatlhegi rounded out the top 6. Callum du Toit was the C50 Silver cup winner. 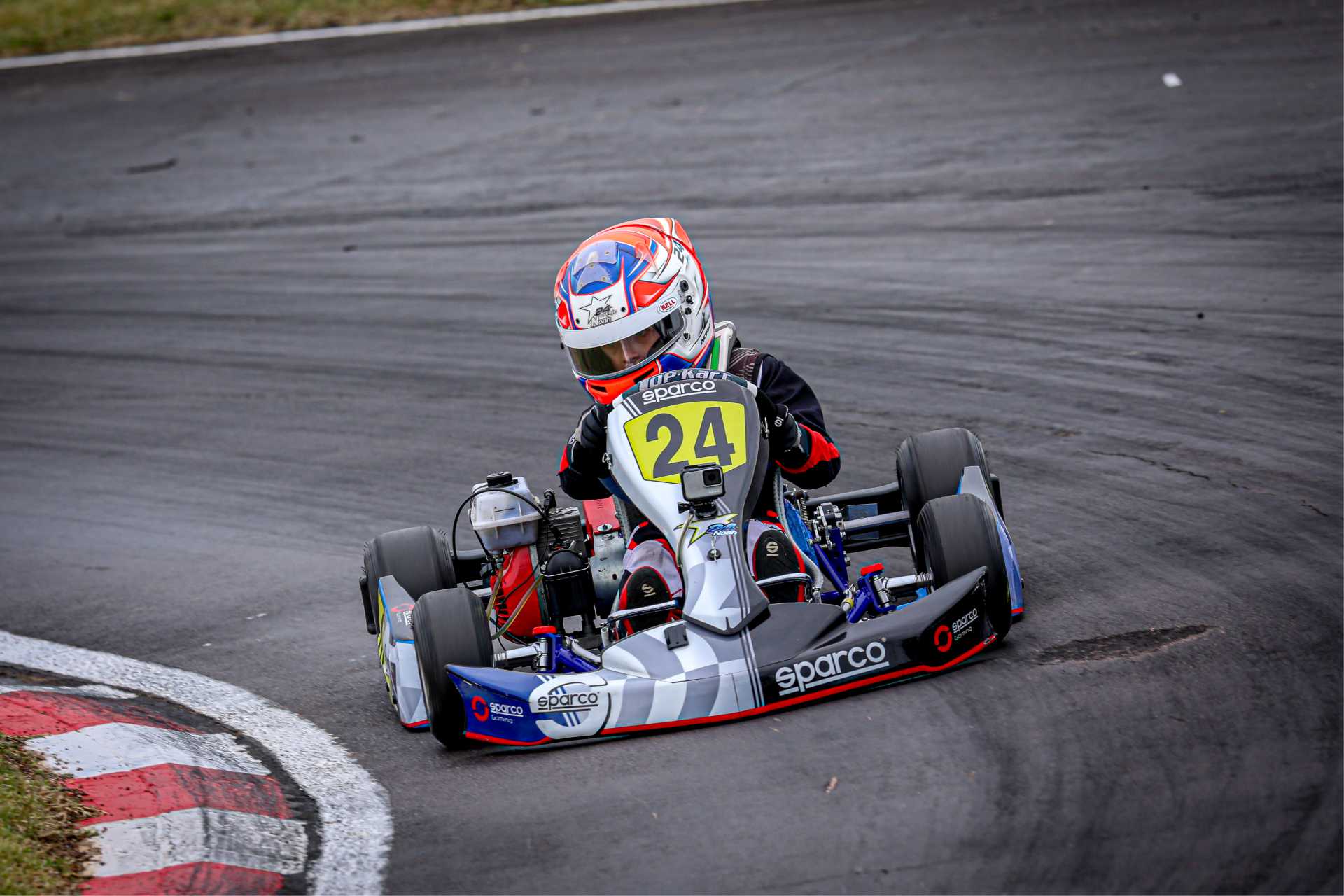 There’s one more Rotax Max regional at iDube in KZN in two weeks time before all eyes will be on Killarney for the big one. The first round of the 2022 Rotax South African Kart Championships happening at Killarney in Cape Town at the end of the month. This marks the start of the journey to The Rotax Max Grand Final where the SA Champions over four rounds will then represent South Africa at the 2022 ‘Olympics of Karting’.