On Sunday, an entertaining fourth round of the Rotax KwaZulu Natal Kart Championships delivered some sparkling action at iDube. It was an all important SARMC scoring round for KZN’s National Championship hopefuls, where points scored in the final 2 races of the day count towards the overall National standings.

Autumn rain graced the Camperdown tarmac in the morning ensuring tricky conditions for all the drivers throughout the day, as the track never thoroughly dried. A handful of out of town karters joined the fray to add a little spice as organisers pulled off a masterstroke to get racing in the face of renewed local flooding.

Try as they may, the youngsters could not top KZN Masters hero Jonathan Pieterse, who took an overall DD2 triple. Pieterse drew on his experience to ace the slippery conditions while Brent Walden hit trouble in heat 1, but fought back with a couple of seconds to take second overall over Masters man Shane Foley on a count-back after they tied on points for the day. Impressive showings from DD2 newcomers Nicholas Wuite and Riley Horner saw them take fourth and fifth respectively while Alistair Mingay claimed the final step of the Masters podium and sixth overall. Reval Gayadin came in seventh overall and fourth in DD2. So it was Pieterse who took Masters from Foley and Mingay, while Walden took DD2 from Wuite, Horner and Gayadin.

One local man who took maximum SARMC points with three wins from three was Troy Snyman. He left his pursuers to fight over the scraps in races 1 and 2 before the experienced Jonathan Pieterse made Snyman work for it in race 3. The two battled gloriously for the final win of the day as Pieterse, more than 20 years Snymans senior, showed the youngster a thing or two around the 1km iDube Raceway. Jandre Nel took a terrific second in race 1 and third in race 2 but unfortunately didn’t make the start of the final to finish fourth overall. This ensured that Hannah Daniel’s consistency throughout the day earnt her a well deserved final step on the overall podium. Corban Spies will be hoping for more luck next time after not making the start in any of the three races.  Overall Senior Max standings were Snyman, Pieterse and Daniel on the podium followed by Nel and Spies. 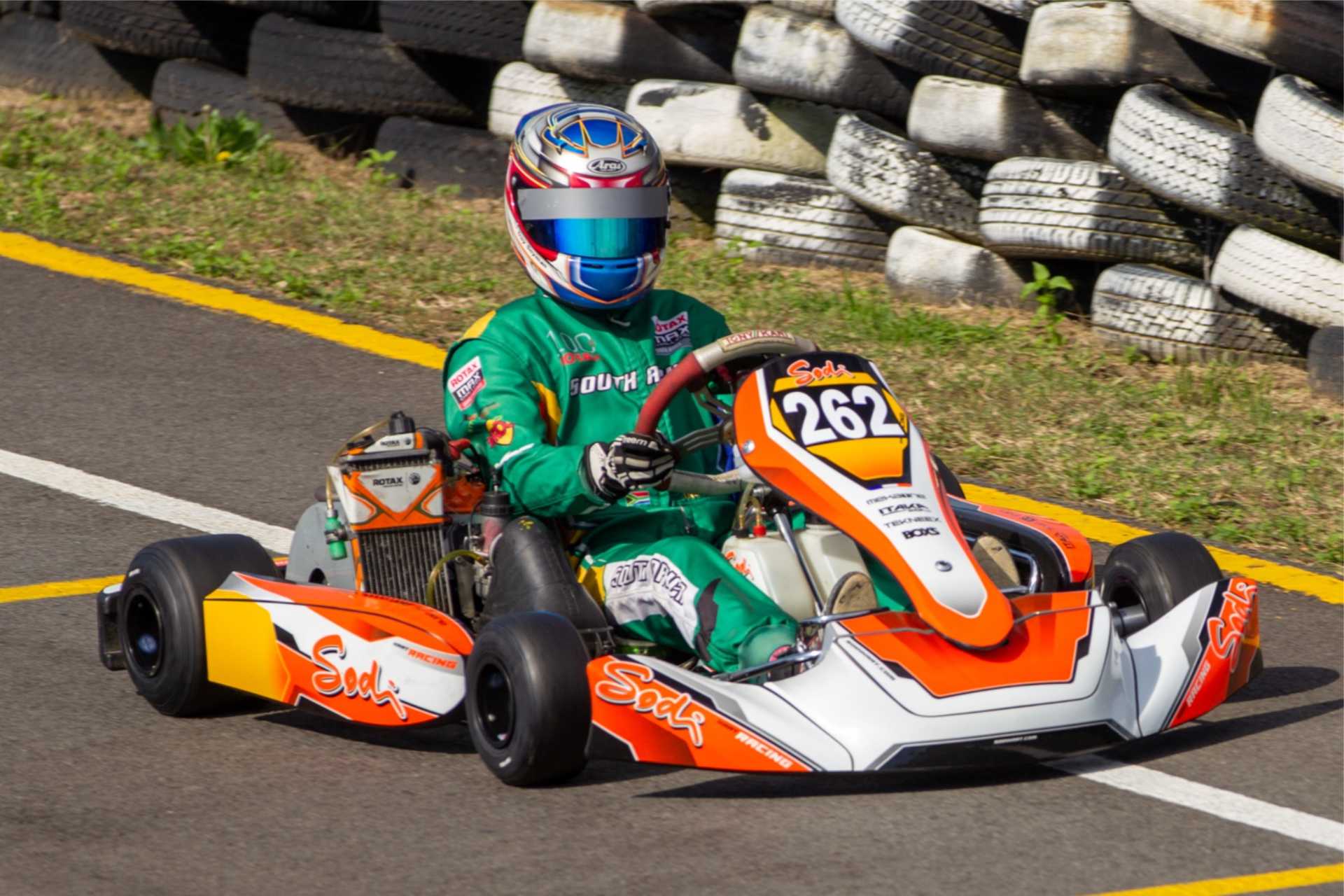 Dhivyen Naidoo put on a masterclass in the tricky conditions, taking wins in races 2 & 3, to emerge victorious over race 1 winner Uzair Khan. Jonno Wilson put in a drive to be proud of, especially in race 3 where he pushed Naidoo all the way, both drivers exchanged the lead on numerous occasions. Wilson finished in third overall ahead of a struggling Travis Yeld in fourth while Maahir Wahab, unfortunately, suffered a DNF in race 3 to finish in fifth on the final results sheet after a great drive to second in race 2. After a very entertaining high school Junior Max bout, It was Naidoo from Khan and Wilson on the podium followed by Yeld and Wahab.

It was an outright scrap in KZN Mini Max as drivers jostled for position in the mixed conditions. But it was Travis Mingay who topped the primary school action with two race wins to the one of Kyle Spies to take under 13 Mini Max.  Spies honed in on Mingay throughout the day to take a spectacular win in race 3.  Behind them, Troy Pieterse overcame a tight duel with Sebastian Geldenhuys for third overall while Cape Town visitor Keagan Beaumont gained himself some valuable wet track time in Camperdown along with a third in race 2 before a DNF in race 3 relegated him to a fifth spot overall.  Keagan’s younger bro Aiden Beaumont was the only Micro Max lad out as he too gained some healthy iDube track knowledge for when both the travelling Beaumonts return to KZN in July for the South African Kart Championships. 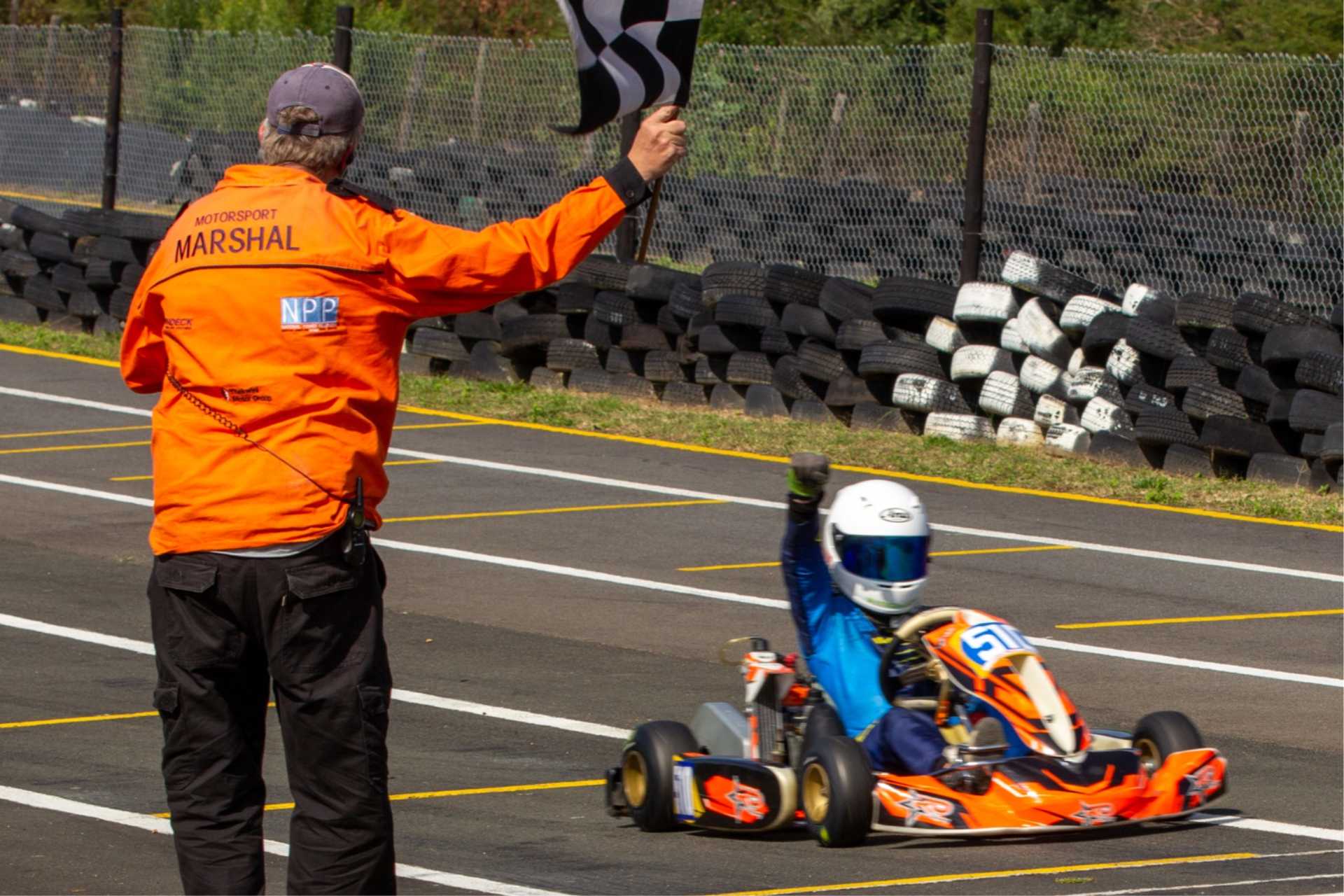 The next round of the KZN Kart Championships is on 19 June, that too is a SARMC scoring round, but before then,  the Cape Rotax karters will do battle at Killarney this Saturday 28 May before all National Karters head to Formula K in Gauteng for National Round 2 of the SA Kart Championships, 25-26 June.